A Computerized system is being equipped into an Airplane, where it can fly on its own without a Pilot. Later discovers that the Computer is infected and the Plane changes the course, and go towards a deep storm causing the passengers in jeopardy.
Rating:- 6/10 (Watchable)

Starring:- Dennis Quaid, Tyrese Gibson
Airplane is crashed by a major dust storm in the Mongolian deserts, where they are sent to shutdown the operations in an Unproductive Oil Rig in the desert. The Accident occurs on their way to Beijing, causing them to remain in the deserts without any contacts.
Rating:- 6/10 (Watchable)
Posted by coolsandie at 8:14 PM No comments: 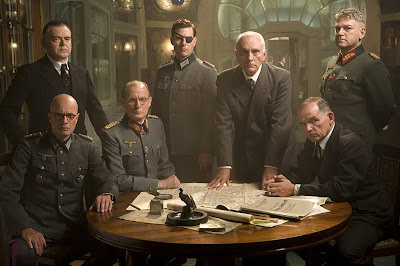 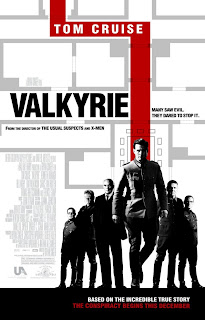 The Best Movie of Tom Cruise, i've watched so far!
The movie tells about the Attempt used to assassinate Adolf Hitler, by a group of German Army Officers, and to take control over Germany by initiating Operation Valkyrie. The movie is a perfect thriller, and have suspenses keeping the audience at pin-point.

The movie is based on real incidents happened in 20th July plot of 1944 during World War II, in which it was the last 15 known attempts, to assassinate Hitler by the Germans.

Posted by coolsandie at 8:12 PM No comments:

The film is overall a Classic Model movie with majority of conversations in it, and not much action sequences. The action sequences did have some gore and had great Originality. The climax Setting Ups was awesome and just superb. Really liked the Character done by Christoph Waltz, (Col Hans Landa) was awesome, and really deserved the Academy Award.
Rating:- 7/10 (A Good Watch)

A good Mission-based Army film i watched after the movie Saving Private Ryan.
The film is all about, in which the US Military force wanted to ensure peace with the
FARC, which is a Specially Trained Revolutionary Armed Forces of Columbia,
who have indulged with terror and caused a threat to the Govt. and Civilians of
Columbia by hijacking,extortion.
Rating:- 8/10 (Must Watch)
Posted by coolsandie at 8:09 PM No comments:

Starring:- Daniel Craig
The film flashbacks about a teenager who has left his home, because of
"Several" incidents happened upon by him. And after 25 years he managed
to return to his home to attend funeral of his best buddy.
Rating:- 7/10 (Watchable)

No Comments. The films is a perfect "LOL" film.
Its all about 4 friends, who is going to Vegas for a Bachelors Party, and puts
themselves in "F***d-Up" situations.
Rating:- 9/10 (Must Watch)

Starring:- Lindsay Lohan
Its an American teen comedy film which plots on a High School, where girls have dominated to the extent, and their effects, such as behaviors, teasers etc. are well portrayed.
Rating:- 8/10 (Watchable)

Except for the excellent photography and locations, i felt the film worse and
didnt expect this cruelty from Mani Ratnam. The songs were good but didn't enjoy
much as if like other ARR songs.
Rating:- 4/10 For Photography, Locations, Camera.
Posted by coolsandie at 8:01 PM No comments: 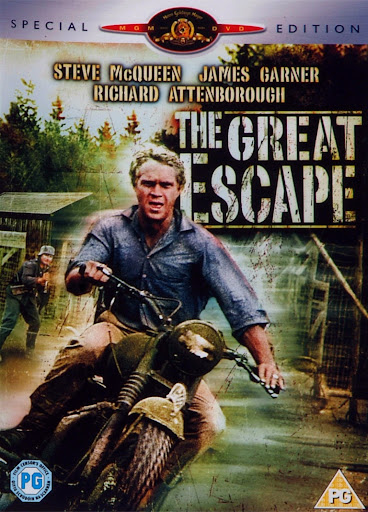 Wow, a good adventurous classic film set in the plot of a German Camp in
which attempts of Escapes committed, but more likely to be caught again and again. The Planning, organising the Final Mass Escape was really good and thrilling too. It does have some good unexpected moments towards the end too. More amusing and interesting was that, seeing young Richard Attenborough in a lead role in the film. (Only realised at the End-Credits)

Moreover, its a must watch movie for classic film fans.
Rating - 8/10
Posted by coolsandie at 7:56 PM No comments: 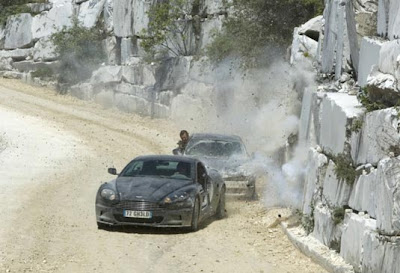 Scenes which i liked - Aston Martin Tunnel chase scene at the beginning seems mind-blowing, Opera scene action (similar to Hitman:Blood Money sequence) Rest i didnt feel anything better in it. Casino Royale had much great scenes compared to Quantum of Solace. Still its good for an Action-Thriller.
Rating:- 6/10 (Watchable)
Posted by coolsandie at 7:45 PM No comments: 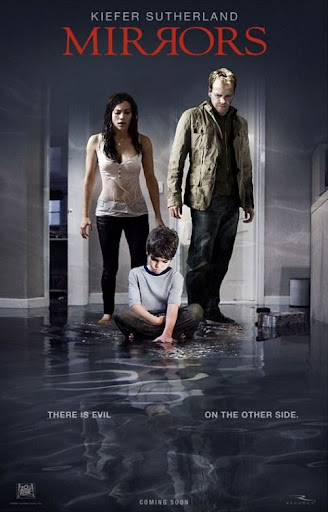 Starring: Kiefer Sutherland
Indeed good to see Kiefer in a lead role after his presence of only voice in the movie Phone Booth. Mirrors is a good horror movie, in which the reflection in a mirror becomes still and acts on its own thus putting the man itself to death. The film does have some amazing twists in it, and the climax of the film was fabulous.
Rating: 8/10 (A Good watch)
Posted by coolsandie at 7:43 PM No comments: